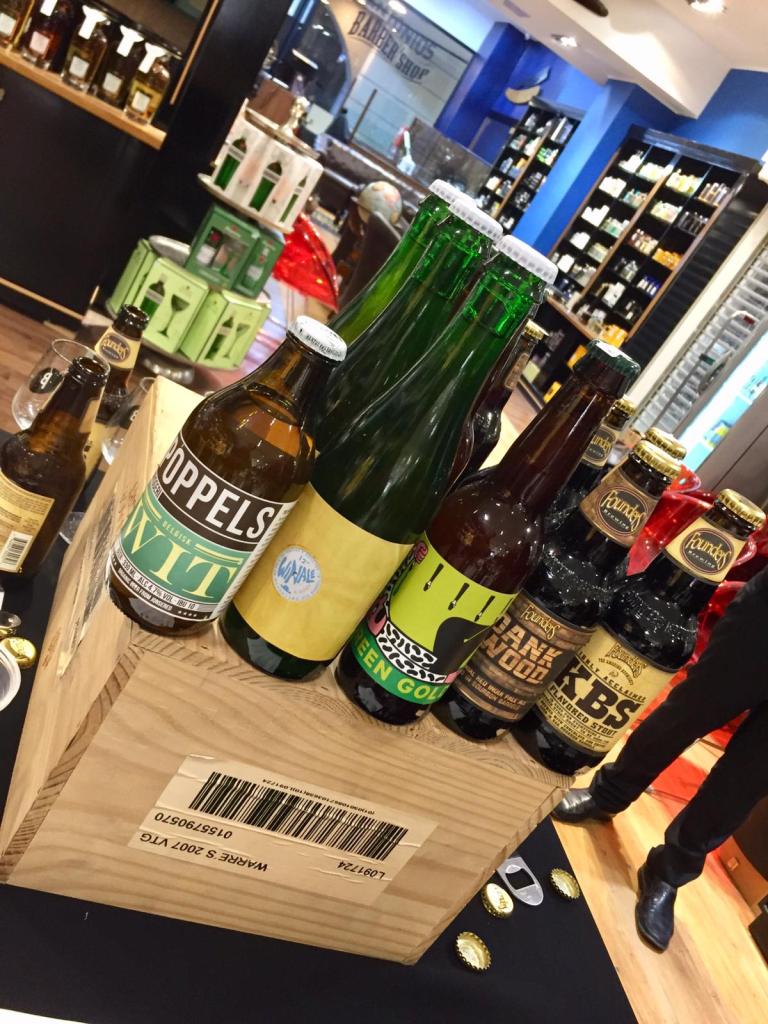 The sort of poison that different people settle on in order to enhance a social gathering usually indicates something of interest about the individuals in question. For instance, a fondness for gins with their variety of sophisticated flavourings and accompanying choice mixers points towards an appreciation for trends together with a capacity for drinks with a high alcoholic content. Vodka fanciers may be classed as serious drinkers who enjoy a night out on the town. Consumers who favour old-world wines could be people who are given to glamour in a slightly staid manner. They are also, more likely than not, able to pull off a reputation as foodies. Whisky and cognac lovers can be seen as lovers of food and drink who are not repulsed by strong flavours and intensity, even though the two beverages constitute very different animals. As for beer drinkers, foremost in most people’s minds is the image of punters enjoying an ice-cold bitter in a sports bar, or perhaps on a beach; in other words, in a very casual, relaxed setting. Of course, there is nothing amiss with conjuring up such pictures, as long as we do not adhere to them as fixed ideas. In fact, the beer tasting that I attended a week ago in the men’s section of a high-end concept store, namely Franks Gentlemen’s Essentials in Sliema, worked wonders in terms of dispelling the stereotype recalled above.

I have never been particularly partial to beer, other than experimenting with the odd stout while holidaying in cooler climates than the Southern Mediterranean one I experience on a daily basis. So after a chance meeting with the courteous, jovial Matthew Buttigieg, who makes his living by purveying various artisanal beers from around the world under the brand Brew Haus, I set myself a challenge: to write about this tipple, rather than the beverages I have tried at the countless wine and whisky tastings over the years. When Matthew invited me to a tasting event featuring a selection of some of his favourite products, I knew that I had to grab the proverbial bull by the horns, so I gladly accepted. It proved to be an eye-opening experience, providing a very pleasant start to one of the most enjoyable evenings I have recently had!

First off, the venue was an interesting choice, ostensibly confirming the fact that, like vigorous red wines and smoky whiskies, beer tends to be associated with masculine tastes. However, it ultimately provided a stylish, well-lit backdrop to the stars of the show, the beers themselves. Matthew started off by explaining that, whereas most commercial-type brews are served at an icy three degrees, artisanal beers of the sort that we were about to sample required a more gentle handling in order to allow their versatile flavour profile to be fully enjoyed by consumers. This meant that we would be experiencing most of the beers at a temperature of at least ten degrees, while the richer brews necessitated slightly greater warmth. The idea, Matthew went on to expound, is to prevent the complex savour from being killed off by exceedingly cold temperatures. The evening got off to a most promising start with the light, airy Poppels Belgian Wit, a wheat beer of the kind that has its origins in craft Belgian production. Made in Sweden, this entirely organic beer delights the palate with its mixture of a citrus-based tang and subtle spiciness. The ideal drink to be served as an aperitif with dainty finger food, it immediately attracts attention with its pleasing light golden colour, reminiscent of a fruity white wine. If this first brew stumped me with its intriguing flavour, however, I was utterly floored by the next offering, the absolutely gorgeous Winale. The makers of this brew, Copenhagen-based Mikkeller, have come up with what is referred to as a champagne beer – meaning that, notwithstanding its production in the traditional beer manner, it is also fermented using superior grapes and champagne yeast, donating a taste that is soft and refined, yet also well-balanced and wide-ranging. I feel that it could present the perfect accompaniment to fish- or dairy-based hors d’oeuvres, rice dishes or even fruit-based desserts. I could just picture myself confounding non-beer drinkers by serving it in a white wine glass, or sipping it at an elegant cocktail party or gallery opening. At EUR12.90 a bottle, it may be seen as a steep example of this kind of beverage, but its quality and the sheer surprise experienced on its sampling more than justify the price tag.

Although I wasn’t altogether sold on the third beer, I recognise the fact that it would be a clear choice for habitual drinkers of this beverage. Mikkeller’s Green Gold is the kind of IPA (India Pale Ale for those who are not familiar with the acronym) that you can quite happily serve at an informal gathering or sip while you munch on your favourite comfort food. Very much an IPA in the American style, its rounded, hops-laden flavour fills your mouth and cries out for some hearty snacks or dishes – think fried food, stews and spicy dishes such as the sort prevalent in Indian or perhaps Mexican cuisine.

Our foray into conventional beer-drinking territory soon segued into a more compelling landscape, one which I had anticipated with some glee, as it constituted the (to me, that is) more tantalising section of dark beers. The first offered to us was the striking, vibrantly-hued Dankwood, a 12.2% imperial red IPA which benefits remarkably from being aged in bourbon barrels. Try, if you will, to imagine the offspring of a ragingly passionate love affair between a deliciously smooth, deep-toned bourbon and a stunning IPA, and you will be halfway towards evoking the complex sweetness of this beer. Again, the process makes for a highly unusual category of beer, one which, I suspect, a good number of those who enjoy this beverage are unaware of, at least on the island where I live. Our final stop on this beer trip extraordinaire kept us Stateside, with the captivatingly-named Kentucky Breakfast Stout. And no, just in case you are wondering, it’s not a drink which is, typically, served with breakfast in Kentucky, that is, not unless you’re having a substantial brunch. What it does have in common with that breakfast staple, however, are its notes of coffee and vanilla. Following the production process of Dankwood, it is also aged in bourbon barrels, notably those made of oak, resulting in a rich, velvety, fabulously-crafted beverage which goes down a treat with decadent dark chocolate-based desserts and any dish that has sweet, slightly spicy or smoky undertones.

I cannot recommend pushing your tastebuds into formerly untried regions, as I did during this beer tasting, enough. The experience has led me to begin to understand how versatile and profound the world of beer can be, and, while I would not refer to this event as one that has converted me into a beer enthusiast on all levels, I can safely state that it has imbued me with a previously unfelt ardour to seek out intriguing artisanal beers of the sort that I was lucky enough to sample at this happening. To find out more about Brew Haus’s products, visit their website at https://brewhaus.com.mt/ .