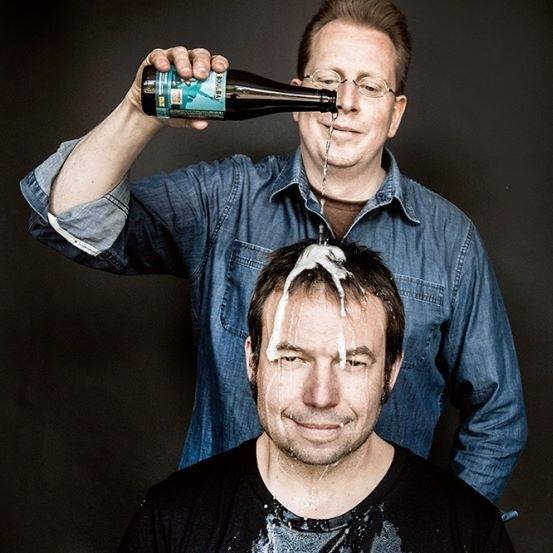 This is one of the oldest craft breweries in Brussels and is therefore mythical in its own right. The beers of Brasserie de la Senne are produced by two passionate brewers that were born and raised in Brussels: Yvan and Bernard.

Their small brewery on the outskirts of Brussels truly honours the traditional and non-industrialised ways of brewing beer: unfiltered, unpasteurized, free of any additives and using only the finest raw materials (malt, hops and yeast) and of the highest quality. De La Senne beers can be enjoyed all over the world, and it is common to find these as far away as Australia, Brazil, the United States and the UK. Their popularity in the high end craft beer scene is the result of their dedication to uncompromised quality. The beers, with their complex flavour and well-distinguished personalities, are true beers of character, made in Brussels.

The brewers at De La Senne have a passion for bitterness and this is imparted in the taste of their beers. Yvan and Bernard are constantly experimenting with different levels of bitterness, which they argue is the key characteristic of beers, their foundation. De La Senne has always specialised in bitter beers, and started off in the 1990s with exactly that aim: to brew beers to their liking that had slowly disappeared from the market - fresh, bitter beers. They took it onto themselves to bring flavour - so fundamental to the evolution of human societies but sadly neglected in our modern societies - up to date.

Of course, De La Senne beers are not confined only to bitterness, they are always balanced with the aromatic contribution of malts, hops and fermentation. There is one style which De La Senne really excels in, and that is a speciality beer which is light in alcohol. The Taras Boulba (4.5%) is one of the best-rated beers of all time, known to be “the” beer to quench your thirst. De La Senne always states that the Taras proves that you don’t need to have a high level of alcohol in a beer for it to have flavour. Light beers further allow prolonging the pleasure - and therein lies the reason for the beer’s existence.

Yvan and Bernard are very well-known in the Brussels craft beer scene for their obsession with quality and doing things better. Their seasonal beers like the annual Saison de Meyboom and the Brussels Calling are legendary and highly sought after.