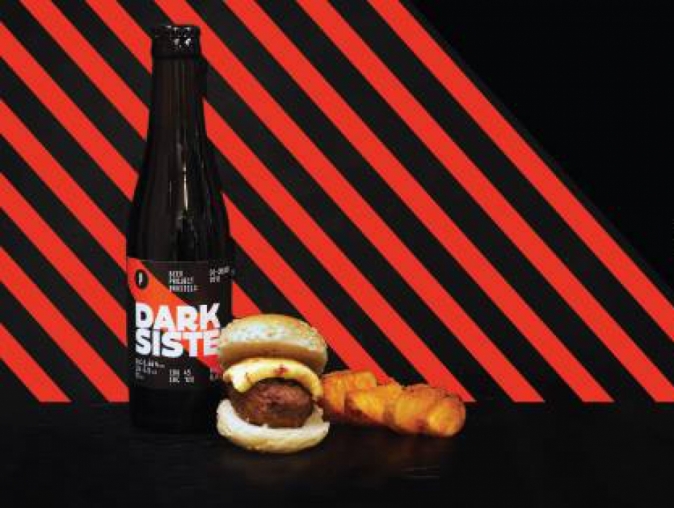 Brussels Beer Project and Badass Burgers have teamed up to create an event to showcase four craft beers from the microbrewery, paired with custom Badass mini burgers and special fries that have been created specially for this event. That’s four beers, four burgers and four sets of fries!

Brussels Beer Project is a microbrewery in Belgium, the home of craft beers. This young brewery, established in 2013, has embraced its youth in an industry that takes pride in going back to the Middle Ages and has developed a name for itself using innovative recipes for their brews. They use over 20 new recipes and sell 750,000 bottles a year.

The beers to be showcased on the night include Delta IPA, Brussels Beer Project’s first beer that gives a tropical twist to a standard bitter with notes of lychee and passionfruit. This will be paired with a chicken tikka masala burger.

Dark Sister is Delta’s evil twin and is made with a variety of roasted and toasted malts, giving this beer its characteristically dark colour. This will be paired with a beef burger with Stilton and pear chutney.

To whet your appetite for the night of malty flavours ahead, a pale ale, Zinnebir, this time from the microbrewery Brasserie de la Senne, also hailing from the Belgian state, will be served on arrival.

Whilst indulging in the perfectly paired beers and burgers, keep your favourite in mind as at the end of the evening, patrons will be able to choose one of the four beers and get a bonus bottle by the bar, while they digest the night just passed.

For this night to be etched in your memory forever, patrons will be given a bespoke, laser-cut, wooden coaster. More of these will be available at different Brew Haus events and collecting the series will entitle you to a Brew Haus treat later on in the year. More information to come.

Brussels Beer Project brews are now available at selected restaurants all over the island.