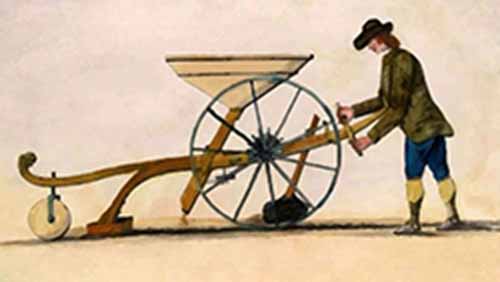 Man went from living in caves to living in houses thanks to beer. It’s that simple.

Let’s rewind to 10,000 years ago, when the people of Mesopotamia (modern-day Egypt) decided to stop wandering and swapped their nomadic lives of caves and foraging for huts and farming. More specifically, farming barley.

For years experts believed people grew barley to make bread, but now food scientists are certain that barley was domesticated to create something altogether different – beer.

Backing this “barley for beer theory” are traces of beer found in the residue of ancient jugs, some of which pre-date the first baking of bread by over 2000 years.

When man had his first sip of beer 9,000 years ago, humans hadn’t had a drink in 100,000 years. You can hardly blame them for wanting to settle down and see how they could repeat the blast they must have had! More barley meant more fermentation, which led to more beer and good times!

Farming as we know it today, with the use of specialised instruments (ploughs and wheels), irrigation methods and the organisation of crop growing…all find their roots in beer! The more man drank, the more he was motivated to grow more crops and keeping brewing.